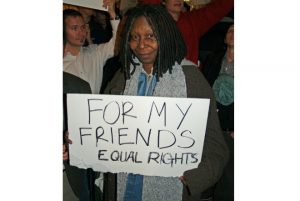 The next day, 60 former lower-level CIA officials signed an open letter condemning the act. Their letter read, in part: “All of us believe it is critical to protect classified information from unauthorized disclosure. But we believe equally strongly that former government officials have the right to express their unclassified views on what they see as critical national security issues without fear of being punished for doing so.” About a hundred other former officials have since added their names to this letter.

Where were all these officials, so concerned about “critical national security issues,” when much of the country — then and now — believed President George W. Bush misled the nation about the Iraq war and the assumption that Saddam Hussein possessed stockpiles of weapons of mass destruction? Ron Fournier, then the Associated Press Washington, D.C. bureau chief, publicly said, “George W. Bush lied us into war in Iraq.” To this day, a majority of Democrats, according to several polls, still believe that the entry into the Iraq war was based upon a lie.

The New York Times, for its editorial board, recently hired a tech writer named Sarah Jeong, who in recent years posted anti-white, anti-male and anti-cop messages on Twitter. The New York Times defended the decision by saying Jeong was, in effect, being sarcastic with her caustic posts, simply imitating the hateful nature of her Twitter critics. Call it a form of satire, insisted the Times. But Twitter never banned her, despite her anti-white, anti-cop and anti-male posts.

Conservative pundit Candace Owens tried an experiment. Owens repeated Jeong’s posts — except she replaced the word “white” with either “black” or “Jewish.” Owens, for example tweeted: “Jewish people are bull—t … like dogs p—ing on fire hydrants. … Are Jewish people genetically predisposed to burn faster in the sun?” “Black people are only fit to live underground like groveling goblins.” As Owens anticipated, Twitter promptly suspended her account.

President Obama, on several occasions, compared slaves to immigrants. It generated no controversy. But when Trump cabinet member Ben Carson said the same thing, the reaction could not have been more different. At a 2015 naturalization ceremony for new citizens, Obama said: “It wasn’t always easy for new immigrants. Certainly it wasn’t easy for those of African heritage who had not come here voluntarily, and yet in their own way were immigrants themselves. There was discrimination and hardship and poverty. But, like you, they no doubt found inspiration in all those who had come before them. And they were able to muster faith that, here in America, they might build a better life and give their children something more.” Obama, during his presidency, almost a dozen times compared slaves to immigrants whether they “arrived on the Mayflower or on a slave ship, whether they came through Ellis Island or crossed the Rio Grande.” His remarks were often received with applause.

Carson said the same thing last year in a speech before HUD employees. “That’s what America is about,” Carson said, “a land of dreams and opportunity. There were other immigrants who came here in the bottom of slave ships, worked even longer, even harder, for less. But they, too, had a dream that one day their sons, daughters, grandsons, granddaughters, great-grandsons, great-granddaughters, might pursue prosperity and happiness in this land.”

Rep. Keith Ellison, D-Minn., insisted that Carson’s “slave equals immigrant” perspective means he is unqualified to lead HUD. Carson, said Ellison, “doesn’t know how urgent it is to confront racism” in housing. “It’s disturbing to me, and it should be to every American, not just black Americans. … For him, the HUD secretary, to have a stunning misunderstanding of history like that, is really, really striking.”

Talk show host Whoopi Goldberg said: “Were the slaves really thinking about the American dream? No, because they were thinking, ‘What the hell just happened?!’ You know, when people immigrate, they come with the idea that they’re going someplace for a better life. … It’s voluntary. … How does he miss what slavery is?! How does he miss that no slave came to this country willingly? … Ben, ‘Roots.’ Watch ‘Roots.'”

To be a Trump-hater in good standing, one must employ double standards, hypocrisy and selective outrage. The line forms to the left.