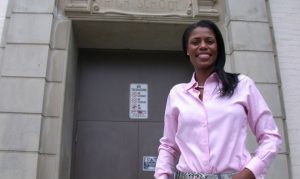 It’s almost comical to see Omarosa Manigault taking the national spotlight propelled by the mainstream media as someone with a story worth sharing as a platform to criticize President Donald Trump.

It became apparent from the moment of her firing that Omarosa would not be going the Sebastian Gorka route of advocating for the president’s agenda outside of 1600 Pennsylvania Ave. Omarosa faded back to irrelevance months following reports that John Kelly had her forcibly removed from the premises.

Like a conniving phoenix from the ashes, she lifted herself back into the headlines by revealing illegally recorded conversations with White House personnel. By no coincidence, this revelation comes at the same time of the announcement of her new book, Unhinged, which attempts to justify Omarosa’s actions. So far her tapes show anything but a chaotic White House. Conversely, it demonstrates an administration that treated a known source of disorder with too much respect.

Unlike the rest of President Trump’s inner circle appointments, Omarosa didn’t have any roots in conservatism. She worked for Al Gore’s office in the 1990s before being transferred to the Commerce Department and was ultimately removed after earning bad remarks from multiple higher-ups. One sentiment on which most Americans seem to agree is that Omarosa was always purely an opportunist, yet the media continues to give this woman credibility.

Omarosa’s original gripe was that the White House mistreated her. If she were able to prove this was the case, she might have a story worth telling, as the media has been trying to depict President Trump and his administration as a dictatorship ever since he stepped into office. Strangely enough, Omarosa’s tapes have revealed the opposite to be true. Not only was she allowed to take bridal photos in the White House, the administration demonstrated patience with her, despite her inability to have a positive impact. The tapes that were supposed to show her getting unceremoniously fired turned out to reveal Kelly treated Omarosa with a great deal of respect, despite fears that Omarosa would not be able to handle the termination professionally. An audio recording of a conversation she had with Lara Trump shows that her allegations of mistreatment are also untrue, as she was offered a job that paid about $180,000 a year to continue to push the Make America Great Again movement, along with Sean Spicer, Gorka, and Corey Lewandowski.

Omarosa was a longtime Trump confidant and member of Trump’s team whose only crowning achievement seemed to be her loyalty to then-candidate Donald Trump. Still, somehow the woman who once told the media they would have to “bow down” to President Trump is now attempting to tear to him down. Not a single tape released corroborates her claim of mistreatment, but the media continues to give her the spotlight. Given that Omarosa’s status as an opportunist is well known, it is evident that Manigault is given this pass because her complaint has moved from allegations of mistreatment to far left talking points, such as claiming Trump is a dementia patient who doubles as a misogynistic Nazi.

When Omarosa was named Director of African American Outreach, the political world braced for what they thought would be a firebrand for Donald Trump pushing crucial talking points that pertain to Trump’s lure to black voters. Despite vast improvements Trump made with the black community compared to previous Republican candidates, Omarosa’s impact was negligible. She seemed to create more problems than resolve them, notoriously getting into a screaming match at the National Association of Black Journalists and declaring herself the “honorable Omarosa Manigault” for White House events.

As a part of President-elect Trump’s transition team, Omarosa’s impact was even more minuscule as other prominent black leaders with actual roots in the conservative movement, such as JaRon Smith (White House), Katrina Pierson (Trump Campaign), Kamilah Prince (Republican National Committee), and Gina Barr (Republican National Committee), took the lead on President Trump’s desire to influence the black community in a meaningful way.

Omarosa, meanwhile, was directed to focus on “public engagement” before moving to a role as “Assistant to the President and Director of Communications for the Office of Public Liaison.” Omarosa never established anything for the betterment of President Trump, his agenda, or the black conservative movement during her tenure at the White House.

To be fair, not everyone is falling for Omarosa’s act. Many in the press have been unforgiving to her with headlines and segments like this one from CNN: “Omarosa: ‘I was haunted by his tweets every single day.’” The fact that she continues to dominate the news cycle does say something sinister about the state of our media.

Diante Johnson is the President and Founder of the Black Conservative Federation, an organization of professionals, activists, and Americans, advocating on behalf of the conservative platform as it relates to the black community and the policies that govern it.