During Christmas week, Fox News invited me to discuss how President Donald Trump’s achievements for black Americans are registering in awareness in these communities. Unfortunately, we didn’t succeed in scheduling the interview.

It’s a subject of enormous importance not just because of what the president is doing to the benefit of low-income Americans, but also because of how he is doing it — his approach to lifting up those not participating as they should in our prosperity.

First and foremost, the American economy needed to grow. And we needed to make sure that all Americans participate and contribute.

Hoover Institution’s John Cochrane points out that the U.S. economy grew 3.5 percent annually from 1950 to 2000. Since 2000, it has barely choked out 2 percent per year on average.

It appears that in 2018, because of the Trump tax cuts and deregulation, the U.S. economy will have its first year of 3 percent growth in over a decade.

Cochrane notes that if growth averages 3 percent annually over the next 30 years, rather than 2 percent, average income per person will be 35 percent higher.

So, of highest importance was getting the American growth engine restored, and this is happening to the benefit of every American.

However, black communities have unique problems. A difficult, often brutal, history has placed too many African-Americans on the sidelines.

The approach of this administration is to seek opportunities to inject economic vitality into our hardest hit communities.

This council will set into motion implementation of a provision in the 2017 tax bill establishing economic Opportunity Zones.

Governors in the 50 states were asked to identify their most economically distressed ZIP codes, neighborhoods where, for instance, poverty stands at twice the national average, to qualify as Opportunity Zones.

More than 8,700 ZIP codes have been designated, and they qualify for tax-preferred investment that, by estimates from the Treasury department, could amount to $100 billion.

This is all private investment, which can flow into these troubled areas, that because of preferred tax treatment — forgiveness of capital gains taxes — would not otherwise be made.

Present at the White House ceremony was Bob Johnson, the billionaire founder of BET.

Johnson stated his conviction that this program “will cause people to invest money where before they saw risk, now they will see opportunity. And that combination of putting money into communities will allow for those communities to become vibrant, to become safe, to create ownership, and, most important, to contribute to the well-being of this country.”

Johnson related his own experience when, as a young man, he convinced legendary media mogul John Malone to invest to create a cable station aimed to black audiences. He grew Malone’s $500,000 investment into a $4 billion business.

“What this proves,” says Johnson, “is the efficacy of a program that allows capital to flow to places where people are seeking out opportunity.”

Let’s hope the big government Democrats about to take over Congress don’t mess up President Trump’s commitment to using American capitalism to lift up the poor.

Previous Borders Are Compassionate
Next America’s Health and Human Services: Friend or Foe of Life? 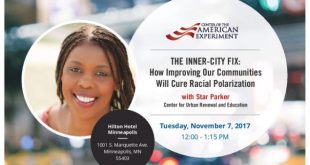 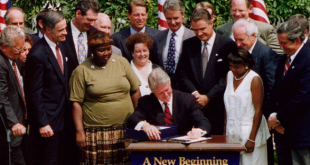 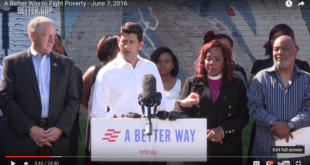 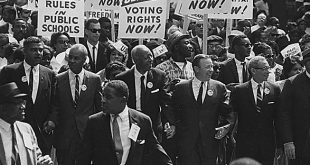