Indiana lawmakers passed a bill to bar boys and men from competing on sports teams designated for girls and women. The Republican governor, Eric Holcomb, refused to sign it. The legislature overrode his veto in 2022, and the bill became law.

The ACLU filed a lawsuit on behalf of a boy pretending to be a girl against Indianapolis Public Schools, the superintendent, and the state. A court issued an injunction. The state filed an appeal with the U.S. Court of Appeals for the Seventh Circuit.

Alliance Defending Freedom (ADF), which represents female athletes, announced that the ACLU has withdrawn its challenge. The boy who filed suit now attends a charter school, so the issue is moot. The lower court’s ruling is vacated, and the law will go into effect.

“Biological distinction in sports is not just commonsense, it is necessary to ensure girls can continue to play the sports they love on a fair and level playing field,” ADF Legal Counsel Rachel Csutoros said. “Indiana joins a growing coalition of states that has enacted laws to preserve fair competition for female athletes. We’re pleased to favorably close this case to the benefit of the brave female athletes we represent who are speaking out to protect the future of women’s sports.”

At least 18 states have laws on the books that protect fairness in women’s sports. Idaho was the first. The legislature decided to act in 2020 after boys began competing on a girls high school track team in Connecticut. A group of those girls filed a lawsuit against the Connecticut Interscholastic Athletic Conference and a complaint with the Office of Civil Rights in the U.S. Department of Education for changing its policy to allow boys to compete on girls’ sports teams. The girls lost when a federal judge dismissed their lawsuit, but they continue to fight to protect fairness for women.

A similar law in West Virginia recently went into effect after a federal court upheld it. The judge ruled that the legislature’s definition “women” and “girl” in the context of sports teams was constitutionally permissible. 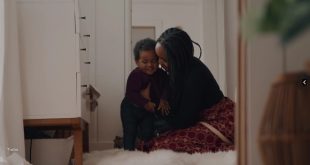 Marching for Life — Despite the Overturned Roe, Pro-Lifers Must Continue to Protect the Unborn