Roseanne Is Out? Explain Maher, Sharpton and Olbermann 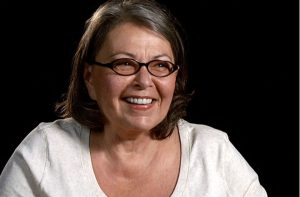 Barr, in a tweet about Barack Obama aide Valerie Jarrett, said of Jarrett: “muslim brotherhood & planet of the apes had a baby=vj.” The comedian deleted the offensive tweet, but the damage was irreversible. The reaction was swift.

The Rev. Al Sharpton tweeted: “The comparison … of … Valerie Jarrett to an APE is racist and inexcusable. ABC must take action NOW!” The Disney-owned ABC issued the following statement: “Roseanne’s Twitter statement is abhorrent, repugnant and inconsistent with our values, and we have decided to cancel her show.” Barr left Disney little choice. Standing by her would have meant advertiser boycotts, forcing any company that advertises on her show to explain their association with a “racist.”

But what are the rules?

Disney also owns ESPN, the sports cable channel that employs Keith Olbermann, whose angry, unhinged tweets about President Donald Trump make Barr’s anti-Jarrett tweet look like a love note. Here’s one Olbermann tweeted at Ivanka Trump, Trump’s daughter: “Then tell your racist, white supremacist, neo-nazi father to get the f— out of our society.” One would think that Disney would find Olbermann’s tweets “abhorrent, repugnant and inconsistent with (their) values.”

As for MSNBC’s Sharpton, he also said that Barr’s tweet shows that Trump is “normalizing” racism. Remember Sharpton became famous by falsely accusing a white man of raping a black teen. A New York grand jury called the accusation a hoax, and Sharpton was successfully sued for defamation. But to this day, Sharpton refuses to apologize. Sharpton helped fan the flames during the deadly 1991 Crown Heights, New York, riots by leading some 400 protesters through the predominately Jewish section of Brooklyn. Days before the deadly riots, Sharpton said at a rally in Harlem, “If the Jews want to get it on, tell them to pin their yarmulkes back and come over to my house.” Sharpton once called David Dinkins, the first and only black New York City mayor, a “n—– whore.” Sharpton described Jews as “diamond merchants” and whites moving into Harlem as “interlopers.” Unwilling to wait for the Ferguson grand jury to finish its investigation of the police shooting death of Michael Brown, Sharpton took to the streets of Ferguson yelling, “No justice, no peace.” The grand jury exonerated the officer. No remorse by Sharpton. No apology. No cancellation of his show.

Bill Maher has long hosted a show on HBO and gets top pundits to appear. No guest seems bothered by Maher’s sexist, vicious put-downs of Republican women. In his stand-up, Maher called Sarah Palin a “c—” and a “dumb t—” — both offensive and derisive slang words for female genitalia. Maher defended himself by insisting that in his stand-up act, political correctness is off-limits. Michael Richards committed career suicide when, during a comedy stand-up, he shouted down black hecklers by repeatedly using the N-word. That this occurred in a stand-up act was no defense for him. Richards has barely been heard from since.

Maher also called Palin and Michele Bachmann “two bimbos.” Maher referred to Palin’s son with Down syndrome as “retarded.” In January 2013, Maher said that Donald Trump should prove he wasn’t “the spawn of his mother having sex with an orangutan.” Isn’t this pretty much what Barr said?

Meanwhile at CNN, Erin Burnett hosts a daily show. When Burnett worked for MSNBC, she referred to then-President George Bush, standing in a group of politicians, as “the monkey in the middle.” CNN’s Van Jones called Trump’s election a “whitelash,” and fellow host Don Lemon, who calls himself a “journalist,” recently pronounced President Trump “a racist.” Well, that settles that.

One can’t even keep track of the many offensive things said on the Disney-owned ABC show “The View.” Panelist Sunny Hostin attributed Trump’s victory to racism: “Twenty percent of people voted because of racism, and I think after eight years of a black president there was no way that (Clinton) was going to win.”

The outrage over Barr’s offensive tweet is understandable. But why is there a no-fly zone over Maher, Olbermann and Sharpton? Laura Ingraham took a relatively mild swipe at Parkland gun control activist David Hogg, apologized, but had to weather an advertiser boycott.

The swift cancellation of Barr’s show demonstrates yet again that the National Review editor John O’Sullivan was right. “White racism,” Sullivan said, “does exist, but its social power is weak and the social power arrayed against it is overwhelming.”