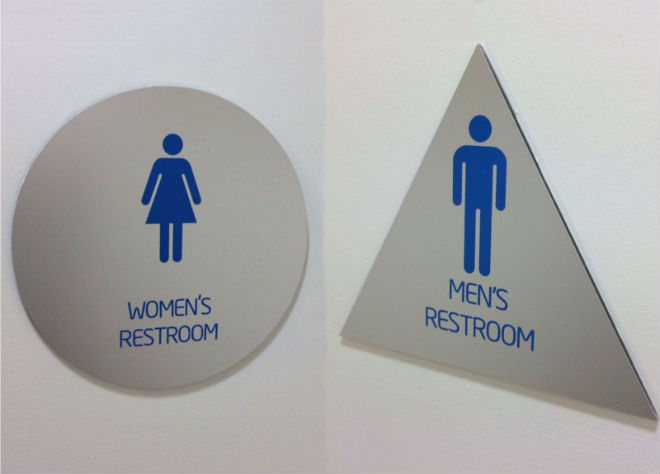 President Barack Obama’s U.S. Department of Justice (DOJ) on Wednesday sent a letter to North Carolina declaring that its privacy-protection law violates the civil rights of men pretending to be women who want to use women’s restrooms and changing rooms.

The city council in Charlotte, North Carolina, passed an ordinance that would have allowed men pretending to be women access to women’s restrooms. The legislature called an emergency session to strike it down.

Gov. Pat McCrory signed the measure into law, which requires people to use restrooms in state buildings, including schools, that correspond to their biological sex. Various celebrities and businesses declared boycotts against the state, although some do business in countries where homosexuals are jailed.

From the Charlotte Observer (emphasis added):

The letter says HB2, which pre-empted Charlotte’s anti-discrimination ordinance, violates Title IX, which bars discrimination in education based on sex, and Title VII of the Civil Rights Act, which bans employment discrimination.

If the finding is upheld, North Carolina could lose federal education funding. During the current school year, state public schools received $861 million. In 2014-2015, the University of North Carolina system got $1.4 billion.

Will the state’s elected officials, including the governor, stand their ground to protect the modesty, privacy, and safety of their constituents or cave to the homosexual lobby?

For some Americans, the issue isn’t so much that sexual predators will use the law to take advantage of children. The fact that any man, predator or not, can walk right into the women’s restroom, goes too far. It defies common sense, common practice, and common decency to cater to the few with disordered thinking and disregard the privacy of the many.

Previous What These States Did Will Enrage Abortion Advocates
Next Can Trump Disrupt the General Election as He Did the Primaries?