The issue of reparations to Black Americans as payment for damage done as a result of years of legal slavery and subsequent discrimination is back on the table.

The House Judiciary Committee just held hearings on H.R. 40, which would establish a commission to look into ways in which African Americans could be compensated, including possible payments of trillions of dollars to individuals.

My ancestors were slaves. And my life as a young woman was a mess.

Was my life a mess because my ancestors were slaves? I don’t think so.

My life was a mess because I lived a wanton, irresponsible existence, defined by promiscuity, petty crimes and scamming the nation’s well-meaning but totally confused welfare system to the greatest extent of my ability.

Did I need reparations to turn things around for me? Certainly not. I needed a wake-up call, which, to my great gratitude, I got, from a few church-going black Christians who told me the way I was living was unacceptable.

I went to church, took back responsibility for my life and turned my circumstances around.

The problem with the idea of reparations is it redirects attention away from exactly where attention is needed: on individuals’ personal responsibility for their own unique lives.

And it redirects attention in such a way to encourage individuals to believe that some abstract, collective entity from the past is the cause of all their individual problems in the present.

Compensation for damages is a basic legal principle.

It’s about personal responsibility. Individual A sues individual B for damages caused. Exactly what the damages were and exactly how B injured A must be shown in a court of law.

If there is any legitimate claim of collective guilt, it is the guilt of original sin, which we learn in the book of Genesis. Every man and woman is imperfect and responsible for fixing themselves — and, by doing so, helping to fix the world.

There is no word more frequently used in political discussions than “freedom.” But rarely discussed is what gives meaning to the word “freedom,” and that is understanding that individuals have free choice — the power and responsibility to choose how to live.

Only when we understand that there is good and evil, that there is sin, does free choice have meaning. It means individuals have the power and responsibility to choose how to live — that their individual choices matter.

So-called critical race theory says everything is about culture. Because, per their claim, the USA is about what they define as white culture, the cultural script needs to be rewritten to make things fair for those who are not white. Put politicians in charge of making things fair.

No, I am sorry; I always thought the problem with racism is it denies the uniqueness, dignity and personal responsibility of each individual.

If the ideal we seek is a free country with free citizens, then commissions such as that proposed in H.R. 40, which pretend to be about justice but are really about a left-wing agenda to put government in charge of our lives, are not the way to go.

Star Parker is the founder and president of the Center for Urban Renewal and Education and author of “Necessary Noise: How Donald Trump Inflames the Culture War and Why This is Good News for America.” She hosts a weekly show called “Cure America with Star Parker.”

Previous These Utah Parents Just Put a Stop to ‘Transgender’ Indoctrination in Third Grade Classroom
Next The American Dossier: Please Place On Your Prayer Lists — Imagine If This Was Your Daughter? 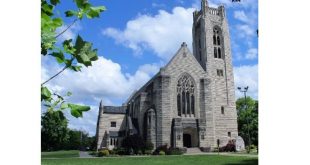 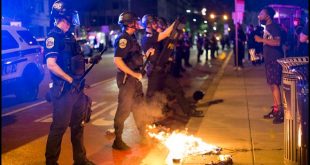