The U.S. Department of Justice found no collusion between Russia and President Donald Trump’s campaign, yet the leftist media still try to spin the accusation.

But the Conservative Review’s Deneen Borelli said the media should upset with the former president, not the present one.

“Former president Obama did not recognize Russia as a threat,” Borelli said. “During a 2012 presidential debate, Obama told Republican candidate Mitt Romney that Russia was a threat in the 1960s, saying the Cold War is over…Just because the Berlin Wall fell doesn’t mean that Russia isn’t a global superpower and a potential threat to the United States.”

Former national security adviser Susan Rice gave a stand-down order not to challenge Russia after it was known the country was hacking during the 2016 election. But the media continue to ignore the mistakes Obama repeatedly made with Russia, Borelli said.

If the media and other leftist want to keep spinning Russia’s role in the 2016 election, they’re looking at the wrong party.

Previous The U.S. and Russia Agree to Work Jointly to Protect this Country’s Security
Next Terror Plot Reveals: Iran Afraid of Democratic Opposition, Not European Policy

Illegal Border Crossings Are Out of Control — How Did We Get Here? 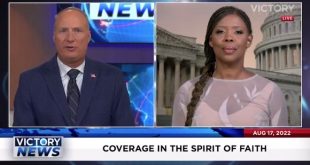 So-Called Inflation Reduction Act is a Massive Takeover of Our Government, Our Economy, and Our PERSONAL LIVES

The Losing, Desperate Democrats Have Weaponized the FBI and Justice

Richard Manning, president of Americans for Limited Government, recently spoke to Star Parker on an …