The Oscars: The Activism They Left on the Cutting Room Floor 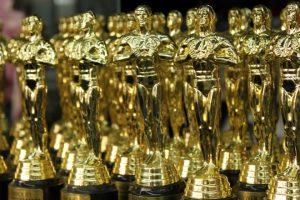 Imagine the result, with hundreds of millions of people watching worldwide, if Hollywood turned its creative firepower on real problems. Instead, viewers watched wall-to-wall Trump-bashing. They should have spent less time bashing Trump and more time making the sure presenters got the correct envelopes. If so, the Oscar gaffe of the century — reading the wrong name for Best Picture — might have been avoided. Also, during the “In Memoriam” portion of the night, they put up picture of a very much alive producer instead of the costume designer who died last October. The broadcast’s ratings were the second-lowest in Academy Award history. No doubt many anticipated the Trump smackdown, and decided to respond with a smackdown of their own. It’s called not watching.

Not one word was said about the oppression and subjugation of women in parts of the Muslim and Arab world. Nothing was said about how women, in parts of the Arab and Muslim world, cannot work outside the home, drive a car or get a divorce. There are instances in which a Muslim woman, having been raped, becomes a criminal for having had sex with someone other than her husband. Not one word was said about radical Islam, and nothing about ISIS, Boko Haram, al-Qaida, Hamas, Hezbollah or other terror groups.

The winner of Best Foreign Film declined to travel from Iran to attend the Oscars because, as he put it in the statement read on stage: “I’m sorry I’m not with you tonight. My absence is out of respect for the people of my country and those of other six nations who have been disrespected by the inhumane law that bans entry of immigrants to the U.S. Dividing the world into the ‘us’ and ‘our enemies’ categories creates fear — a deceitful justification for aggression and war. These wars prevent democracy and human rights in countries which have themselves been victims of aggression. Filmmakers can turn their cameras to capture shared human qualities and break stereotypes of various nationalities and religions. They create empathy between us and others. An empathy which we need today more than ever.”

Not one word about the fact that Iran leads the world as a state sponsor of terrorism. Nothing about how the ayatollahs and Iranian politicians routinely chant, “Death to America” and, of course, “Death to Israel.” Nothing about the fact that homosexuality is a crime in many Muslim and Arab countries. And in many of these countries — including some in Africa and Asia — the penalty for same-sex sexual acts is death. When the then-president of Iran, Mahmoud Ahmadinejad, spoke at Columbia University in 2007, he was asked to explain the execution of homosexuals in Iran. Ahmadinejad denied homosexuals even existed in his country: “In Iran we don’t have homosexuals like in your country. In Iran we do not have this phenomenon. I don’t know who’s told you that we have this.”

Hollywood’s silence over the abusive treatment of women, gays and religious minorities in much of the Muslim and Arab world has a parallel in academia. Dr. Fred Gottheil is an economics professor at the University of Illinois. In January 2009, Gottheil found a four-page petition, signed by 900 academics, calling for a U.S. abandonment of the support of Israel. Many petition signatories, he discovered after further research, were faculty in women’s and gender studies departments. What about the anti-human rights, anti-gay, anti-woman practices in the Muslim Middle East?

Gottheil wrote a four-page “Statement of Concern” about human rights violations in the Muslim Middle East, such as honor killing, wife-beating, female genital mutilation and violence against gays and lesbians. His statement included evidence of such atrocities and included the names of Muslim clerics and scholars defending these human rights violations. He sent the statement to 675 signers of the anti-Israel petition, and asked for their support. “The results were surprising,” Gottheil said, “even though I thought the responses would be few. They were almost nonexistent. …What conclusions do I draw from this? The academic leftists are caught in an ideologically discriminatory trap of their own making. It turns out that with all their professing profession of principle, they are sanctimonious bigots at heart. And some are so obsessed about Israel that they would undermine their own self-interest. Witness the faculty in gender studies who signed the anti-Israel petition but didn’t sign my ‘Statement of Concern’ which is about discrimination of women, gays, and lesbians in the Muslim Middle East. Sort of pathetic, actually.”

On Oscar night, when the Hollywood community could have shed light on these atrocities, they were in busy bashing Trump — in la-la land.

Previous Will the High Court Stop California From Forcing Pro-Life Pregnancy Centers to Promote Abortion?
Next Do Black Lives Matter to Planned Parenthood?