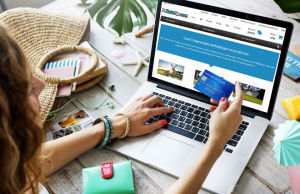 A few weeks ago, I wrote about the importance of the Supreme Court’s upcoming decision in the Wayfair vs. South Dakota case. Last week, the Court sided with South Dakota in a narrow ruling to overturn their own precedent (Quill vs. North Dakota) that states cannot force businesses to collect and remit sales taxes unless the business has a physical presence in their state. This ruling raises serious concerns about the future of Internet commerce. At stake in the case, were several important issues of interstate commerce, federalism and due process. Rather than settling the issue, however, the decision only makes it murkier and will require more litigation or, hopefully, a solution from Congress.

The Court decision undoes decades of precedent that set a clear standard, which prevented state and local governments from imposing a sales tax burden on any business outside their state that sells to a customer in their state or locality. Removal of this standard could place the burden on many online small businesses to calculate and remit the taxes for nearly 10,000 different tax jurisdictions across the nation.

While the ruling was a disappointing one for many who hoped the Court would uphold their previous ruling in Quill, the ruling did at least make it clear that small businesses need to be treated differently than multi-billion-dollar corporations. The South Dakota law that was upheld does provide some protections for smaller sellers. Fortunately, some thresholds will exist but it could vary from state to state. This situation leaves online entrepreneurs with a great deal of uncertainty, which can be devastating for a small business trying to compete in the marketplace – especially with the large companies they are competing with.

The uncertainty left by this decision means that it now be incumbent on Congress to act quickly and to resolve the new questions raised and give assurance to small businesses that they will be protected from significant state overreach. As Elizabeth Slattery and Scott French of the Heritage Foundation recently pointed out in an op-ed, “The good news is that, under its authority to regulate interstate commerce, Congress has the power to fix this problem. Congress is the branch of government best able to consider the competing interests at stake, not unelected federal judges.

Across the board, conservatives responded to the decision with calls for Congress to act and pass common sense legislation that fixes the problems left by the court ruling and, most importantly, protects small businesses – the heart and soul of our economy. Slattery and French added that: “Congress should codify the physical presence rule to protect small businesses from being subject to mandates from states where they have no physical connection and whose policymakers face no accountability for the tax and regulatory costs that they impose on out-of-state businesses.”

Politicians love to tout their record in favor of small businesses. Where they stand on an internet sales tax is the true proof in the pudding. Any elected official who purports to support the burgeoning internet economy needs to take action to pass legislation that would protect small businesses from a harmful Internet sales tax. Not only would this unreasonable tax burden on out-of-state internet retailers be extremely harmful to existing small internet businesses, it would discourage new internet startups from entering the online commerce ecosystem.

Unfortunately, the Supreme Court decision left us with more questions than answers on this important issue. The result may be years of additional litigation to sort out the various issues that were unresolved. Instead, Congress should step in and answer those questions to give entrepreneurs clarity and impose a common-sense standard that protects them and our system of federalism.

Ken Blackwell is a Senior Fellow for Human Rights and Constitutional Governance at the Family Research Council in Washington, D.C.