The Trump Administration Just Sent a Big Message to Palestine 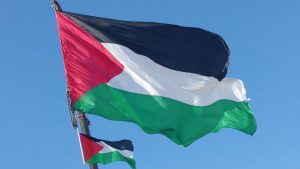 The Trump administration announced [last] Monday that it would close the Palestine Liberation Organization (PLO) office in Washington, citing the Palestinians’ refusal to negotiate with Israel and their rejection of the United States’ peace plan efforts.

State Department spokeswoman Heather Nauert gave a statement on Monday announcing the closure of the office in Washington. She said the administration “has determined after careful review that the office of the General Delegation of the Palestine Liberation Organization (PLO) in Washington should close. We have permitted the PLO office to conduct operations that support the objective of achieving a lasting, comprehensive peace between Israelis and the Palestinians since the expiration of a previous waiver in November 2017.”

She cited the reasons for the closure, mainly the Palestinian’s refusal to negotiate with Israel, stating that “the PLO has not taken steps to advance the start of direct and meaningful negotiations with Israel. To the contrary, PLO leadership has condemned a U.S. peace plan they have not yet seen and refused to engage with the U.S. government with respect to peace efforts and otherwise.” She also cited “Congressional concerns with Palestinian attempts to prompt an investigation of Israel by the International Criminal Court.”

She added: “The United States continues to believe that direct negotiations between the two parties are the only way forward. This action should not be exploited by those who seek to act as spoilers to distract from the imperative of reaching a peace agreement. We are not retreating from our efforts to achieve a lasting and comprehensive peace.”

“The US made the correct decision regarding the PLO mission in Washington. Israel supports American actions that are designed to make it clear to the Palestinians that refusing to negotiate and attempts to attack Israel in international forums will not advance peace.”

Previous WATCH: The Left’s Tag-Team Trump Attack Approach
Next California Wants Churches to Pay for THIS — And Advised the Insurance Companies Not to Mention it