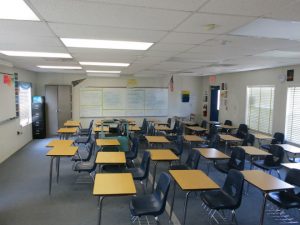 The NAACP, whose purported concern is the advancement of “colored” people, advocates abortion and opposes measures that would bar race-based abortions.

The NAACP also opposes vouchers that give low-income parents the option to remove their children from failing government schools and use the money for private schools.

Liberals typically oppose such choice for parents, because they believe the money should be spent on government schools — even if the schools are bad.

Because taxpayers don’t fund the program directly, they don’t have standing to file a lawsuit. Last year, a judge dismissed a lawsuit filed by a teachers union and other opponents because they lacked standing. An appeals court panel heard arguments Tuesday on whether the lawsuit should be reinstated.

Howard Fuller of the Black Alliance for Educational Options (BAEO) held a press conference to ask the NAACP to stop supporting the lawsuit against the program.

“If this lawsuit succeeds, the results will be devastating, not just for the nearly 80,000 low-income, mostly Black and Hispanic students who will be kicked out of their schools, but a teachers’ union lawsuit win will mark a significant loss for equal rights in education,” said [BAEO president Jacqueline] Cooper. “Wealthy families have always had choices in education; low-income and working-class families deserve the same.”
…
The NAACP has joined the union as a plaintiff in the lawsuit, even though roughly 30% of scholarship recipients are Black. “We at BAEO are very disappointed that the NAACP would sue to disempower low-income and working class Black families,” said Cooper.

Previous Why Paul Ryan Should Not Support Trump
Next WATCH: Business Owner Asks Hillary Clinton to Explain Why Her Obamacare Costs Have Gone Up

According to a U.S. Census Bureau survey, the rate of homeschooling doubled from spring 2020 …