Will America Fall to Socialism in the November Elections? 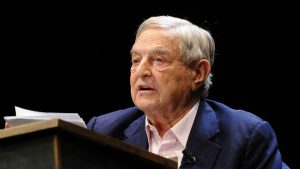 For a peek into what America may soon look like if citizens who value the U.S. Constitution and the rights it protects don’t show up to vote in the November elections, focus for a moment on the ugly chaos created by Marxist/socialist /feminist/Islamist “progressives” in Judge Brett Kavanuagh’s Supreme Court confirmation hearings before the Senate Judiciary Committee.

Lawless, hysterical and venom-spewing bigots attempted to take over the hearings. And that’s not including the screams and other bizarre interruptions by radical protesters, more than 220 of whom were arrested and removed from the Senate chambers.

Leftist Sens. Cory Booker, Kamala Harris, Dianne Feinstein and Patrick Leahy made a mockery of a vital constitutional Senate function and egged on the demonstrators, some of whom had fake blood dripping from their crotches.

Rank-and-file Democrats across the country must be bewildered and embarrassed by how their party has drifted so far from its original values. Republicans need to show up at the polls en masse as well as hope and pray that the most decent of Democrats will stay home on Election Day as they did when they could not stomach voting for Hillary Clinton. Or, better yet, pray that decent Democrats cross party lines and vote for Americans who want to preserve America.

It’s time for intelligent Democrats to realize their party has been hijacked by an unholy alliance between radical Islamists, socialists, feminists and “LGBTQ” activists, all zealously creating chaos in order to transform America into a nation that none of us will recognize. For anyone wondering how things got so bad so quickly, it’s time to “follow the money.”

The innumerable fake protests, vulgar street theater, anti-America events and acts of violence taking place all across the nation in the name of the Democratic Party are largely funded by George Soros, the far-left New York billionaire. Yes, the same George Soros who is a convicted felon in France and was just ousted by his native Hungary.

Mr. Soros already has pumped $18 billion into his Open Society Foundation, making it the largest engine for radical socialist policies and anti-American protests around the globe.

Organizations that Soros funds, many of which participated in the coordinated effort to wreak havoc at Judge Kavanaugh’s hearings, include Planned Parenthood, NARAL, The Women’s March and radical Islamist groups affiliated with Linda Sarsour, whose ultimate goal is to incorporate the oppressive dictates of Sharia law into American jurisprudence.

It’s well documented that Ms. Sarsour is quite skillful at uniting Western leftists with Islamists in common cause. She and other Soros-funded activists employ a technique of street theater sometimes known as “swarming” or “astroturfing” in order to make it appear as if there is a genuine grassroots uprising. But most of the demonstrations are fake, largely composed of people paid to protest.

After Ms. Sarsour was arrested inside the Senate hearing room she proudly proclaimed, “Disrupting the hearings was a way for us to go directly into the homes of the American people to say, ‘We will not be silenced, and you need to be as outraged as we are.’” She just forgot to tell the American people that many of the disrupters had to be hired in order to create the appearance of a “we.”

I asked author Kelly Kullberg, co-founder of the American Association of Evangelicals (www.AmericanEvangelicals.com), to explain the strange partnership between Ms. Sarsour, radical feminists, and the LGBT movement. After all, the Sharia law that Ms. Sarsour advocates calls for the oppression of women, allows men to beat their wives and dictates that homosexuals be brutally killed.

“There are two reasons the leaders of these groups ally: Money and power,” Ms. Kullberg said. “They are paid to collaborate in ways that cast false narratives to benefit the Left’s politicians. Mr. Soros wants his hands back on the powerful levers of the U.S. Government. He is paying for power.”

It makes sense. Supremacists in both radical socialism and Islam seek to diminish America and its core strength: Judeo-Christian morality and culture. This makes them natural allies, united in the common cause of destruction.

Although this important history of terrorism rarely appears in textbooks, a simple internet search of the socialist mufti allows one to follow the bloody trail.

George Soros and his minions are popping up in elections on many levels. For instance, Mr. Soros’ support of socialist Beto O’ Rourke against Sen. Ted Cruz in Texas threatens the balance of power in the Senate and the identity of Texans as proud supporters of freedom and timeless values. And imagine for one horrible moment what the next confirmation process will be like if Mr. Cruz, a brilliant constitutionalist, is no longer on the judiciary committee and conservatives are no longer in the majority. Mr. Soros also is pumping millions of dollars into Florida’s gubernatorial election in support of radical socialist Andrew Gillum, who opposes the freedom champion, Rep. Ron DeSantis.

Mr. Soros is no fool: He knows that if he takes control of a critical state like Florida, then he’s a huge leap closer to sending a socialist to the White House in 2020. Turning the “Sunshine State” into a socialist state is Mr. Soros’ short-term goal, and is within his grasp. The long-term goal is to use Florida as a launching pad to conquer the nation.

With such critical Senate and gubernatorial seats at stake, it’s imperative that donors from around the country pitch in to help Mr. Cruz and Mr. DeSantis defeat the enemies of our Constitution.

The evil agenda of the players behind the chaos at Judge Kavanaugh’s confirmation hearing should be a wake-up call for Republicans and Democrats of good will. For the love of country, our constitution, and freedom, it’s time to put political affiliation aside and vote for candidates who seek to uphold our great republic. 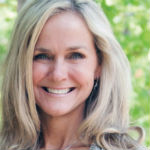 Rebecca Hagelin is a public speaker on the family and culture and the author of the new best seller, 30 Ways in 30 Days to Save Your Family. Visit Rebecca Hagelin’s website at www.HowToSaveYourFamily.com.

Previous California Wants Churches to Pay for THIS — And Advised the Insurance Companies Not to Mention it
Next Here’s Why ‘Discrimination,’ ‘Prejudice,’ and ‘Profiling’ Aren’t Racism