Why Blacks are Warming to Trump

As a black, single mother who journeyed from struggle to success, I know what opportunity looks like.

My story is emblematic of the opportunities President Trump is offering the black community. He too knows what opportunity looks like and is working hard to ensure Americans from all walks of life can seize it.

Nearly four million new jobs have been created since Trump took office, the number of Americans on food stamps has declined by two million people, and 90 percent of Americans are seeing bigger paychecks.

As a person who grew up in poverty, I know exactly what kind of impact economic empowerment can have on a family. I was raised on welfare and had to eat subsidized lunches in public school.

I established a professional career and joined the conservative movement. For six years straight, I spent every day delivering national media commentary for conservative candidates and policies.

But it wasn’t until the day Donald Trump gave me a call that my life was truly changed. He picked up the phone to simply say “thank you.”

He was the first major political candidate who took the time to show genuine respect for my abilities, and gave me the opportunity to work on his presidential campaign. I realized then he could actually make a difference in people’s lives with his policies — especially for black Americans like me.

From day one, President Trump reversed the course of the previous administration and focused on bettering the economic outlook of all Americans.

It’s no surprise to me, therefore, that black unemployment is now at an all-time low, nor that Trump’s approval rating in the black community recently hit 36 percent, nearly double his rating from last year.

Trump’s popularity with black Americans is growing so much that even the NAACP had to admit it.

I’ve lost count of the number of people who have newfound hope and excitement for future opportunities for themselves and their families. These are stories I never heard during the Obama administration.

Trump is also making waves on prison reform — giving people a second chance at getting their lives back together.

The Republicans in the House have already passed the FIRST STEP Act, a bill supported by the president that offers federal inmates more opportunities to prepare for freedom and rewards them with more “good-time credit” for good behavior. It also allows them the chance to participate in education and training programs that give them the necessary skills to re-enter society.

This is exactly the type of change many black Americans who voted for in 2016. The president actually appealed to black Americans then by going to their communities with the simple message of “what do you have to lose?” after years of failed policies from Democrats and establishment Republicans.

Those who truly understand the kind of man Trump is, know that he doesn’t see race or gender, he sees potential.

The failed policies of the previous administration left millions of Americans with nothing but broken promises of change and their futures in a shambles. But unlike the Democrats who left us stranded, Trump is changing our lives. 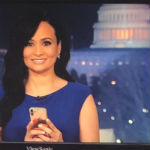 Katrina Pierson is a senior adviser for Donald J. Trump for President Inc.

This article first appeared in The Detroit News.

Previous Pro-Abortion LGBT Groups Fight to Shut Down Faith-Based Adoption Agencies
Next Why Do Ex-Clinton Attack Dogs Davis and Stephanopoulos Get a Pass?

Ken Blackwell: Iran’s President Should Be Barred from the UN General Assembly, or Arrested