Why Do Ex-Clinton Attack Dogs Davis and Stephanopoulos Get a Pass? 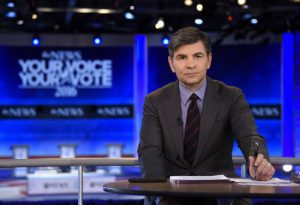 If you’re keeping score, Davis is the same defense lawyer who represented President Bill Clinton during the investigation by special prosecutor Kenneth Starr. To defend Clinton, Davis employed what at the time seemed audacious: a grab-him-by-the-throat-and-rip-his-head-off strategy to vilify Starr. Starr’s poll numbers dropped. Davis later admitted, “Whenever I went off the facts and into attacks on Starr, I felt very uncomfortable.”

To defend his current client, Davis went on television and said that Cohen has the goods on Trump and can prove Trump directed him to break campaign finance law to pay off Stormy Daniels. Or something like that. Davis’ interviewer? George Stephanopoulos.

Yes, this would be the same Stephanopoulos, now ABC News’ “chief news anchor,” who worked as communications director during the Bill Clinton presidential campaign and as Clinton’s senior adviser in the White House. Stephanopoulos worked with Davis to employ the aforementioned scorched-earth, attack-Starr strategy. Shouldn’t there have been some sort of disclosure by ABC?

But, hey, today’s today. Davis insists he only wants “the truth” to come out about Trump’s misdeeds. Davis then went on a one-day whirlwind tour of every news and broadcast network where he pitched a crowdfunding campaign to help pay Cohen’s legal bills. The “truth” may set you free, but it is not delivered for free.

Watching Davis and Stephanopoulos discuss the Trump/Cohen/Robert Mueller affair was surreal. These men, while defending Clinton 20 years earlier against an investigation they thought illegitimate and charges they thought bogus, designed the very strategy Trump is employing that Davis and Stephanopoulos now decry. Trump is simply following it, only with far more legitimate reasons to question rationale for the investigation and the goals and biases of some of the investigators and lawyers involved.

In June 1998,Tucker Carlson described the way Davis, Stephanopoulos and others “trashed” Starr to defend Clinton. Carlson wrote: “(Clinton campaign chairman James) Carville may have been the first Clinton partisan to attack the independent counsel publicly, but it’s clear that the anti-Starr propaganda machine had been under construction for some time. As early as 1995, says former Clinton confidant Dick Morris, George Stephanopoulos and other administration strategists were devising ways to discredit Starr.”

Remember, the Mueller investigation started with a search to determine whether Trump illegally colluded with the Russians to interfere with the 2016 presidential election. Will Stephanopoulos tell his viewers about a story uncovered by the Conservative Review’s Jordan Schachtel and One America News Network correspondent Jack Posobiec? Based on their research, BizPac Review reported in a headline, “Lanny Davis Reportedly Making Bank as a Registered Foreign Agent for Putin-Tied Oligarch.” The law firm Davis co-founded, Davis Goldberg & Galper, according to Schachtel, “is a registered ACTIVE foreign agent for Ukrainian oligarch Dmytro Firtash, who is a close ally of Russian pres Vladimir Putin.” Schachtel also said Foreign Agents Registration Act documents “show Lanny Davis personally lobbied for Firtash.”

One more thing about Davis, Cohen and the infamous dossier. Law professor Paul Butler recently claimed on MSNBC: “The Steele dossier keeps getting corroborated by Mueller and reporters. It says that there were two go betweens, the Trump campaign and Russia. The first one was Paul Manafort, and when Manafort resigned from the campaign, Michael Cohen took it over. So we know Manafort is now just chilling, waiting to get through the second trial so he can get his pardon from Trump. So Cohen is the man, if you believe the dossier.” Exactly, if you believe the dossier that Butler just insisted “keeps getting corroborated.” Except it isn’t.

On another show, Davis said that Cohen was “never, never in Prague,” and added, “the dossier, so-called, mentions his name 14 times, one of which is a meeting with Russians in Prague. Fourteen times false.”

Twenty years ago, Clinton defenders Davis and Stephanopoulos claimed the President’s lies about sex were inconsequential. Gloria Allred called his denial and later admission under oath a “sex lie.”

So we’ve gone from collusion to an investigation on payments to a porn star and a Playboy model. So Trump, an ex-playboy with a flashy lifestyle, who spent $66 million of his own money on the campaign, directed his lawyer to break campaign laws to conceal a payment of $130,000. Whatever one thinks about these alleged affairs, they were consensual. Respected liberal writer Christopher Hitchens wrote a book in 1999, called “No One Left to Lie To,” about the Bill Clinton impeachment. Hitchens writes about “believable accusations of rape and molestation” including three cases he knew of where Clinton had been accused of rape. One might have thought such accusations would have aroused the media’s curiosity even more than alleged voluntary payments for alleged voluntary affairs.

Maybe some reporter will ask ABC’s “chief news anchor” the following question: Do rumors of rape by your ex-boss warrant at least as much curiosity as Trump’s so-called hush money about alleged consensual affairs?